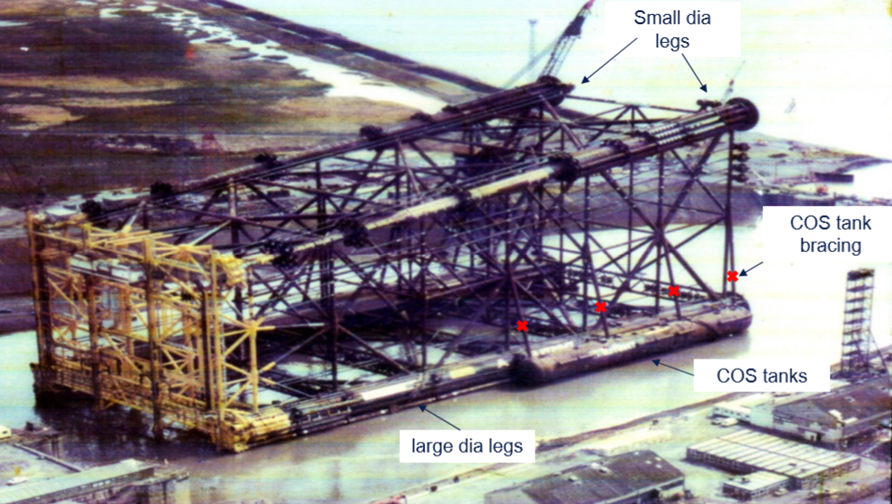 Figure 1: Jacket During Construction with COS Tanks Installed 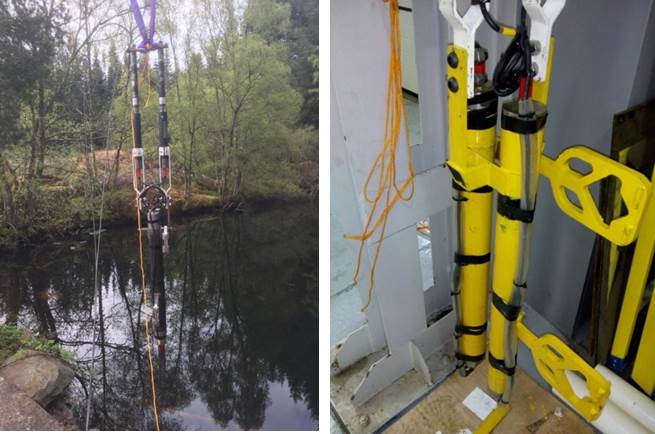 SPEX Offshore (UK) Ltd. was contacted by a major operator about the possibility of providing an explosive cutting solution to assist with the removal of two large Crude Oil Storage (COS) tanks from the legs of one of their North Sea Platforms.

During a routine inspection of the platform by ROV, cracking had been discovered in a shear plate securing one of the tanks to the platform, ultimately resulting in a full scale down manning of the platform and a requirement to remove both tanks as a precautionary measure to protect the structural integrity of the platform jacket.

There were initial concerns that the use of explosives could possibly cause damage to the platform legs, recovery rigging, the Heavy Lift Vessel (HLV) and the two Work class Remote Operating Vehicles (WROV’s), which would be in the water at the time of the detonation. SPEX were challenged with developing a bespoke charge design capable of performing as required, without causing any additional collateral damage whilst also reducing any potential environmental effects, to as low as reasonably practicable (ALARP).

Each tank had a diameter of approximately 9m and stood 90m tall with each tank being secured to the legs of the jacket by a combination of tubular bracings, shear plates and two tie-rod assemblies at the top of each tank.

Both tie-rod assemblies, securing each tank, consisted of 2 x M48L7 (48mm) diameter bolts that had to be severed instantly and simultaneously to ensure tank stability when separated from the jacket leg and the load transferred to the HLV.

By utilising the multi-disciplinary design and engineering capabilities within the company, in combination with performing full scale test firings and wet trials, at both of our in house test facilities, SPEX were able to demonstrate to the client that it was possible to design and manufacture a charge capable of performing the necessary cuts with sufficiently small amounts of explosives such that no additional damage would be caused to other near-by assets at the time of detonation.

The final design solution incorporated two opposing linear shaped charges that could be handled and installed by WROV. The charges, when positioned, straddled each tie-rod assembly creating an explosive shearing effect when detonated.

Given that each tank was secured to the jacket legs by two tie-rod assemblies each, it was essential that the severance of both pairs of rods would happen simultaneously. To ensure that this would occur, SPEX incorporated into the design, a 100% back up within the firing system to prevent the possibility of a misfire occurring at the critical moment of separation.

Prior to going offshore SPEX and the Operator engaged with the appropriate environmental bodies, to provide the necessary information required to ensure that the correct environmental mitigation measures could be put in place, during the offshore phase of the project.

All 4 linear cutting assemblies performed as expected and both Crude Oil Storage Tanks were removed successfully as planned with no unexpected damage being caused to subsea assets or the marine environment.

Had the use of explosives been excluded as an option for the client, it may not have been possible to find a non-explosive cutting solution with the capability of guaranteeing the necessary simultaneous severance of the tie-rod assemblies. The use of non-explosive cutting methods would have presented a significant level of additional risk to the structural integrity of the jacket structure at this critical final phase of the operation.

“The use of shaped charges was 100% the way to go for the final release and there wasn’t even a flicker on the ROV screen when they were detonated. I’ll definitely consider their use again……..”